Hundreds, if not thousands, of people cross this border everyday. It’s by far the most popular border crossing between these 2 countries. The key for many people seems to be doing your research to know about your transportation options, understanding the border crossing formalities, and readying yourself for the seemingly endless number of scams waiting for you.

Seat61 details how to cross the border by taking the train from Bangkok.

Wikitravel also has 2 informative guides with loads of information about Aranyaprathet and Poipet, the towns closest on either side of the border.

No matter how much I read, though, I just couldn’t get this 1 day of my trip to feel comfortable.

I’d reluctantly accepted the time commitment the border crossing would take. All the information said to plan for the travel and the time at the borders to take an entire day.

On average, the total time from Bangkok to Siem Reap is 11-12 hours. If you get to Siem Reap or other points in Cambodia in less time and don’t feel entirely drained, consider yourself one of the lucky ones.

Southeast Asia is hot. There’s really no way around this. The train from Bangkok to Aranyaprathet takes 6 hours on a 3rd class train with no air conditioning. Some of the bus options claim to have air conditioning, yet travelers report this air conditioning to be spotty at best.

There are lines at both the Thai and Cambodian crossings, which could require a couple hours of waiting. The searing temperatures certainly would make an epic day like this sweaty and sticky, but it wasn’t causing my nervousness.

There are intimidating warnings about scams. On both the Thai and Cambodian sides of the border, scams abound. There are fake consulates to “buy” your Cambodian Visa. Buses, even Thai Government buses, make numerous stops along the way, where they get kickbacks for bringing busloads of tourists to buy snacks and drinks.

These buses may even drop you off at a fake border crossing so you can buy your fake or overpriced Cambodian Visa. Cambodian officials are known to charge extra “fees” and even stop your taxi for a bribe on the way to Siem Reap. Some taxi drivers even claim they can’t drive into Siem Reap, dropping you outside the city limits, forcing you to have to haggle with yet another driver, who might try to convince you the guesthouse you booked is closed and bring you to a “better” guesthouse, where, of course, he gets a kickback.

I definitely didn’t want to be scammed!

For me this was the deciding factor. I’ve learned to trust my gut and respect what I feel comfortable with when I’m traveling solo. The bottom line was I didn’t want to cross this border solo. I’d crossed numerous land borders in South America on my solo travels through Patagonia and to Ushuaia and never once felt uncomfortable.

All the research I did on this border crossing didn’t reassure me. My feelings weren’t just from the thought of getting scammed for extra money. It was a nagging feeling that, as a solo female traveler, I would be a target for every scam the touts could throw at me.

What’s more is, after crossing into Cambodia and without anyone to share with to defray cost, it’s likely I would’ve ended up in a taxi to Siem Reap.

Taxis from Poipet to Siem Reap can cost anywhere between $25-$65 depending on how well you haggle and whether or not the price includes a police bribe.

In the end, I chose to fly. 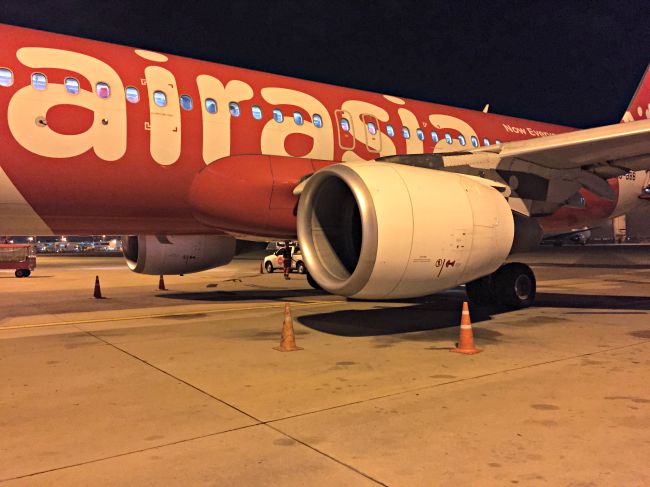 Of course, it cost more than the bus and train options, but not as much as I thought it would be.

AirAsia offered by far the cheapest ticket, at just $70! This cost included all taxes and fees, as well as the additional and optional weight I purchased for a bag I knew I needed to check.

(I also used miles to book my round trip flight to Thailand, so I’d already saved this money!)

The flight was super quick, at just under an hour. I barely got my immigration paperwork filled out before the flight attendants were asking everyone to lift up all tray tables and to get ready for landing.

What’s more is that I took an 8:00 p.m. flight, which allowed me the whole extra day in Bangkok. Among other things, I was able to explore the Chatuchak Weekend Market, which would have been nearly impossible otherwise. 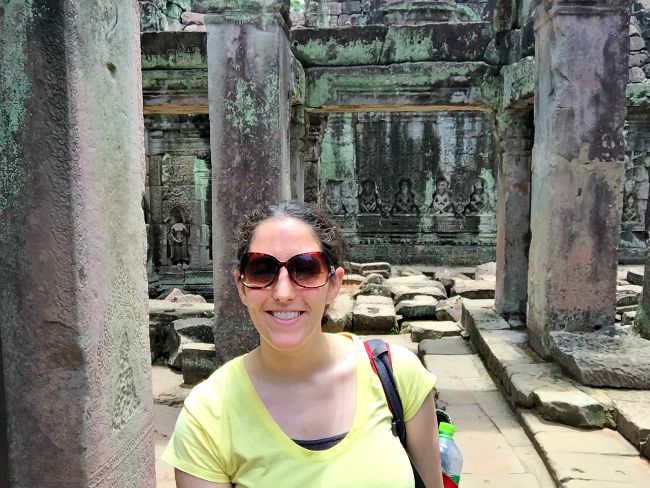 It ended up being the best decision because, as soon as I booked my ticket, all my uncomfortable feelings disappeared. I had a fabulous time in Siem Reap and exploring Angkor Wat. This experience reaffirmed for me just how important it is to trust your gut when traveling solo.

Have you ever made a decision (or wish you had) that made you feel better while traveling solo?