I was standing in front of a large city map, close to Vienna’s Opera House feeling completely ridiculous.

Squinting my eyes, I unsuccessfully tried to find the missing “You are here” mark. The long German street names squished onto the map were hard to read and the street signs on the corner buildings were too far away to see.

Why is this so hard? I thought to myself.

My husband had run to the corner to see the street sign and was now shouting back a butchered German street name I had absolutely no hope of finding on the map. We both broke into fits of laughter.

Here we were staring at maps and guide books and us two world travelers could not figure out where the heck we were!

We’re city-savvy New Yorkers for Heaven’s sake! Surely, we could figure Vienna out just as we had with every other city we’d visited around the world.

Our first few hours in Vienna turned out to be a sign of the days ahead. We never could quite get ourselves any momentum and instead experienced a series of starts and stops as we tried to get a handle on the city and its sights.

Instead of falling in love with Vienna, we found ourselves working hard to make the most of our time.

In the end, we were glad to visit, but unlike most other places we’ve been, never found that sweet spot in our hearts for Vienna. 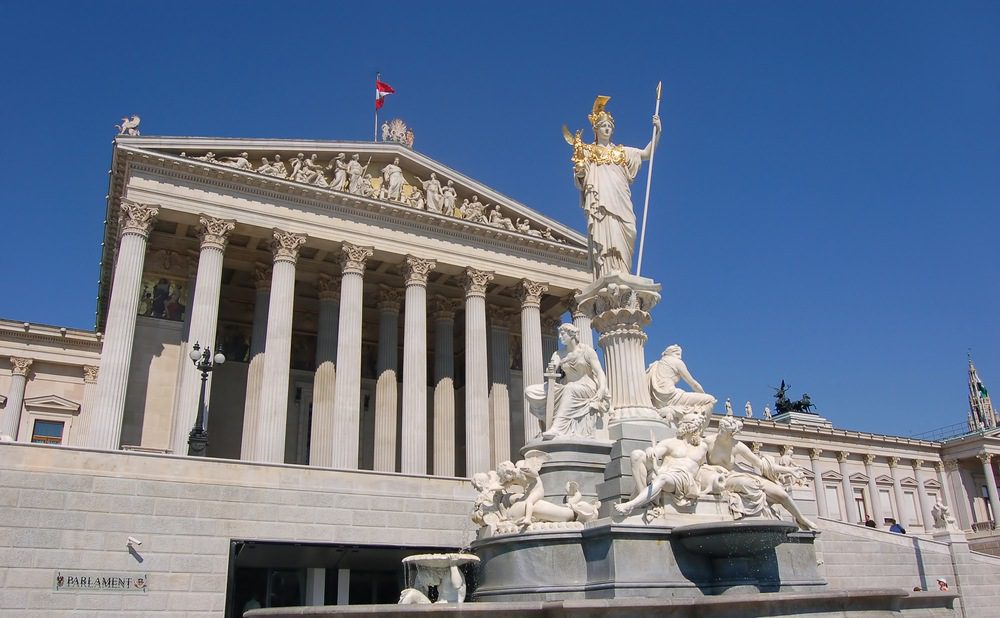 I admit. Maybe a do-over is in order. Plenty of readers have thought me crazy upon reading this post. After all, Vienna is a world-class city beloved by many visitors!

We were certainly excited to see the city’s grand architecture and experience Vienna’s musical and artistic culture. Still, when I reflect on our visit, there are 4 reasons why I didn’t like Vienna.

The majority of museums and sights are along the “Ring Strasse.” This road loops around the city center. If you’re within a particular section of this loop, traveling on foot is no problem. Walking from one side of the ring to the other, however, could take 45 minutes to an hour.

Mostly, though, I like to wander through a city and explore its streets to get a feel for the people, culture, and overall vibe. Vienna felt too spread out to do this, especially with just a few days to visit.

Several trams make the route around the loop so this is definitely the way to go… once you figure out which one to take, in which direction to travel, and which stop you need. This brings me to my next point.

This one is a major pet peeve. I couldn’t believe the number of buildings that weren’t marked with what they are. Am I looking at Parliament or the Opera House? Is this a library for local students or the National Library?

I found myself taking photos of beautifully grand buildings, half knowing and half guessing what I was photographing, and noting what to double-check later online. The one above is the Hofburg Palace.

The hotel had given us a city map to use, which came in handy when our phones refused to load Google Maps. The map marked the street names, but only building shapes were shown on the map, not which building it was.

Near the Albertina Museum, I finally found a large map displayed with many popular sights numbered and a corresponding key to identify each number. I snapped a photo of it with my iPhone and compared it with my city map. We headed off thinking all problems were solved.

Staring at many of the majestic, stately buildings, we had to search for the public entrance. It wasn’t always clearly marked and, once in the huge marble lobby, it wasn’t necessarily visitor-friendly.

3. It felt empty and aloof.

Not to mention, locals tend to be out and about because their city is quieter and easier to manage without hoards of people and tour buses clogging city streets and sidewalks.

Instead, we found empty streets and few pedestrians. We kept wondering where everyone was. Were they tucked away inside their offices and apartments? Did anyone take a lunch break or a quick stroll for some fresh air? Maybe we were on the wrong streets…

Or maybe it was Prague’s fault!

Prague had welcomed us with a, “Hello! Glad you’re here! Let’s get to know each other over a mug of beer..or 2!” Vienna, on the other hand, was more of, “Good day. Have a pleasant visit.”

We were glad to have Budapest in our sights after Vienna. (And it didn’t disappoint!)

4. It was difficult to find anything open at night.

First let me say, we visited Vienna at the start of the week, not typically when bars and cafes are at their fullest. I’m sure weekends have a bit more life to them. Still, consider this.

Our classical concert finished at 9:45 p.m. It was our last night and we wanted to enjoy one last piece of Viennese cake before tucking in for the night. (Yes, as you can see, we’re quite the partiers.)

But everything was closed. We walked past one dark cafe after another. The same would have been true if we had wanted a drink.

I suggested we walk toward the Radisson Blu, where we were staying. There were several cafes in the area. Surely, one of them would be open.

Nope. Not only were they closed. The place was cleaned, chairs were flipped onto tables, and the staff seemed long gone.

In fact, we had to walk past our hotel, back to the pedestrian shopping area near St. Stephen’s Cathedral, to a cafe we’d been to earlier in the day before finding a place that was actually open. This ended up being nearly a 30-minute walk.

Maybe I should be thankful to have walked off the calories of the cake I was about to eat…??

Should you visit Vienna?

Yes. It is, after all, one of Europe’s grand capital cities. Besides, travel is about experiences and yours will hopefully be different than mine.

In the end, we made the most of our visit and enjoyed sights like Schonbrunn Palace and the Freud Museum. The cakes were delicious and the ambiance of the cafes we visited was charming and chic.

Vienna just wasn’t a city we fell in love with. It was ok. It was pretty to look at. I would like to return someday and have another crack at Vienna and utilize the Vienna Pass!

Maybe, next time my expectations will be different. Or maybe the city will be more forthcoming and reveal a bit more of itself. Either way, I’m glad to have visited.

Travel memories aren’t supposed to be that every place is amazing. We might even remember Vienna more! Confusion, obstacles, and laughter are lasting common bonding experiences, too!

Have you visited Vienna? What did you think?